Interrupting this summer break to let you know that I’ve just had an article published in Colorado Heritage Magazine on the Irish in Colorado.  There’s another article in the same issue about the Irish experience of nativism in Denver. You can find the full summer issue here. 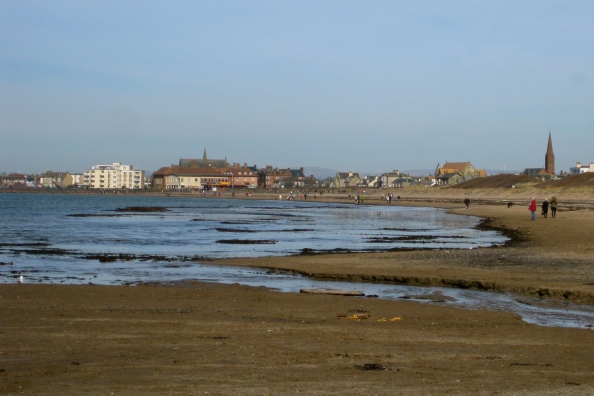 Thanks for visiting Isles Abroad!

Want some great posts right now? Check out some of our most popular blog posts of all time:

Facts versus Interpretation and Why Historians Disagree

The Irish in a Colorado Mining Town: A Look at Leadville

Why Study Slavery from a Comparative Viewpoint

The Wright Family, Cricket in America, and the First Professional Baseball Team

It all started with a Canadian fisheries treaty with the United States in 1923.  Normally, when Canada concluded fisheries agreements, they were signed on Canada’s behalf by the British Ambassador to the United States.  But in this case, for the first time the signature of a Canadian minister, Ernest Lapointe, was attached to the treaty.  And this precedent opened the door for the nascent Irish Free State to operate a foreign policy independent of the United Kingdom.

As pro-Treaty forces gained control of the Irish government following the Civil War, the policy of the ruling party, Cumann na nGaedheal, and the first President of the Executive Council of the Irish Free State, W.T. Cosgrave, was to critically engage with the Commonwealth.  Cumann na nGaedheal essentially controlled a one-party state because the party receiving the second most votes in the initial elections, Sinn Féin, refused to take its seats. Cumann na nGaedheal worked to develop precedents, international relationships, and participation in transnational organizations which would allow Ireland to assert itself as a legitimate, independent nation on equal standing with the other nations of the world. END_OF_DOCUMENT_TOKEN_TO_BE_REPLACED 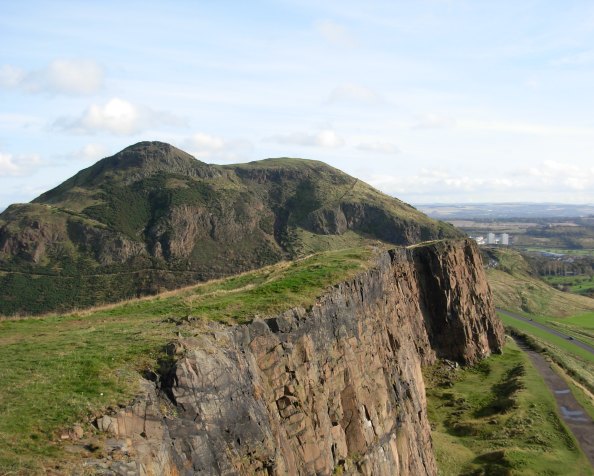 Over the past few weeks I have been writing about Scottish history, in particular the lives and records of Scottish emigrants to Canada and the United States and the families they left behind in Scotland’s central belt. You can find an introduction to the Gilchrist and Shearer families here. With summer now firmly upon us, I thought I would share a few links to some online blogs and social media accounts that share their perspectives of Scottish history online. 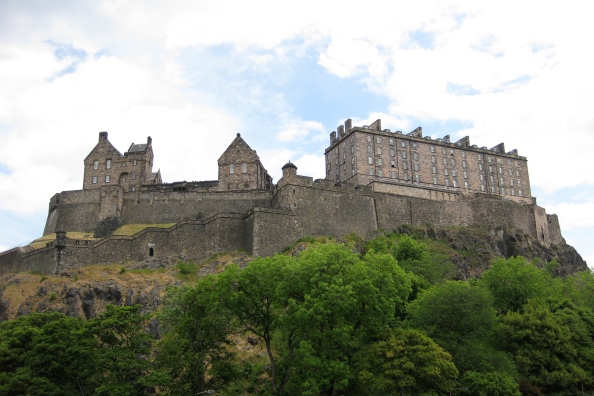 This list is an introduction to some of the research being published and the organisations and researchers who are active on social media. It’s by no means exhaustive, ranked, or critically reviewed, but rather a fun collection of blogs to check out this summer. You’ll see that I’ve attempted to seek out a range of individual, group, and institution blogs for the list. END_OF_DOCUMENT_TOKEN_TO_BE_REPLACED

Over the past several weeks I have written a series of posts that centre on a series of letters from one branch of my ancestors who lived and travelled between Scotland, Canada, and the USA. Please visit my introduction to the letters and my work on their news of births and deaths, their experiences with immigration and transatlantic travel, and agriculture and the environment in their old and new communities.

This week I want to build on the post I wrote about farming and agriculture by looking at some of the other branches of employment the authors of the letters and their friends and family were undertaking in the latter half of the eighteenth century in Scotland’s rural central belt. 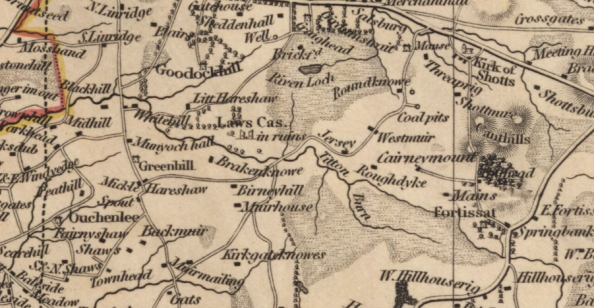 From farming and mining to service in homes and religious institutions, the Gilchrists, Shearers, and their families and friends provide us with fascinating little details about their lives and their livelihoods. END_OF_DOCUMENT_TOKEN_TO_BE_REPLACED

The postcard above was printed during the third Home Rule Crisis ca. 1912-1914. It features the Albert Memorial Tower being pulled down and replaced by a statue of John Redmond (leader of the Irish Parliamentary Party) with crown and scepter, labeled ‘Redmond Rex Hibernia.”  The gigantic Poor House Annex is “Full Up” and droves of people are crowded at the Protestant Emigration Office where they can buy “Tickets for New York or Anywhere” (sponsored by the Irish state, with the green harp flag flying above).  One wing of the building is dedicated space for the “Office of the Molly Maguires.” The American influence over the new Irish government and “King Redmond” is further symbolized by the American flag and ship parked at the Customs Office.  Meanwhile the formerly industrial Belfast is being overtaken by pigs, chickens, and goats. END_OF_DOCUMENT_TOKEN_TO_BE_REPLACED

Port Glasgow is a village on the coast of Lake Erie, about 75km southeast of London, Ontario. It was settled by Scottish immigrants to Upper Canada around 1818. Erosion eventually destroyed the original harbour. The port itself now features the Port Glasgow Yacht Club and marina, a small lighthouse, sandy beach, and a walking trail through the forest along the water’s edge. END_OF_DOCUMENT_TOKEN_TO_BE_REPLACED

Given my love of the history of maps, I was excited to hear a segment on the creation of Ordnance Survey maps for Ireland on the RTÉ History Show a few weeks ago.

In the 1700s, when the Williamites wanted to flush out Jacobite fugitives in Scotland, they were hampered by the fact that they had no maps of Scotland, and so they started to make some. Later, in the 1800s, when the revenue people in London wanted to list all the townlands in Ireland that might generate an income for the crown, their first job was to do a major survey of the whole country.  And so, while an early generation of surveyors, the Williamites, arrived with guns, the Victorians arrived with clipboards.

You can find the full segment on the RTÉ Radio Player here: 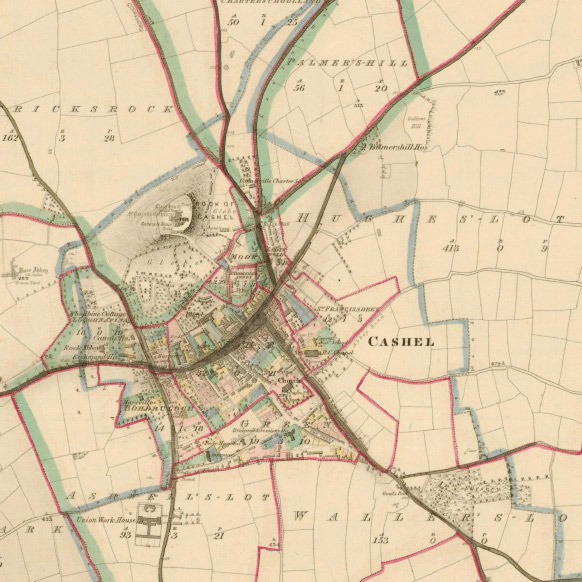 The Ordnance Survey office was established in Ireland in 1824, intended to update land valuations for tax purposes. Under the direction of Major Thomas Colby, the survey was completed in 1846, on a scale of 6 inches to 1 mile. A large portion of the historiography is devoted to debate over the impact of the Ordnance Survey on the anglicization of Ireland, the Irish language, and Irish placenames. END_OF_DOCUMENT_TOKEN_TO_BE_REPLACED

Over the past few posts I have been working through a series of letters from a Scottish branch of my ancestors and delving into some of the themes that come up. You can check out my introduction to the letters, and look at death and disease, and contemporary thoughts on emigration in my previous posts.

Today I’ll be looking at issues of agriculture and farming, another topic that comes up frequently in the letters. The Gilchrists and Shearers were not strictly farmers. Several worked in service (as servants), for example, and as such I’ll take a closer look at employment opportunities in a later post.

Farming opportunities, the land and the weather, and how the markets and trade in general were doing were of interest to the writers and recipients of these letters. These factors affected their well-being, their diet, their place of residence, and their ability to survive. END_OF_DOCUMENT_TOKEN_TO_BE_REPLACED

Canada’s 150th birthday is coming up in a few days! As part of my doctoral work at the University of Edinburgh, I looked at visits across the Atlantic by Ulster unionists who aimed to publicize their cause and to counter Irish nationalism during the Home Rule era. One of the more interesting stories involving Canadian history that I came across involved two of these Ulster unionists, who toured North America in 1886.

Reverend Dr. Richard Rutledge Kane and barrister George Hill Smith were commissioned by the Ulster Loyalist Anti-Repeal Union shortly after the defeat of the first Home Rule Bill to present the unionist cause to the North American public which they believed were blinded by a pro-nationalist press.

Kane was a fairly notorious figure within Belfast society as the rector of Christ Church, the Grand Master of Belfast’s Orange Order, and a prominent unionist speaker; he was accused of inciting the Belfast riots in 1886.  Smith was a barrister from Armagh who spoke throughout England and Scotland on behalf of the Ulster Loyalist Anti-Repeal Union and other Irish unionist organizations.

Kane and Smith’s tour first took them to Canada and then to the United States.  Speaking at gatherings of Irish immigrants and their descendants, and to Orangemen, they promoted the cause of Irish unionism and attempted to discredit Irish nationalists. But there was one particularly remarkable incident that stood out both to me and to Smith, who considered it one of the most extraordinary things to happen in his long speaking career. END_OF_DOCUMENT_TOKEN_TO_BE_REPLACED