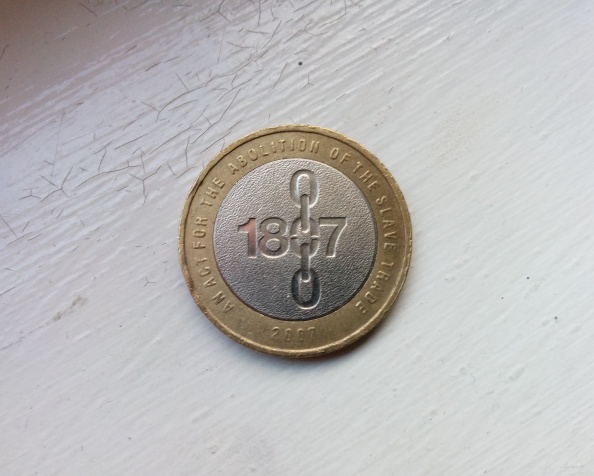 On Friday I gave a paper at the Researching International History Workshop that was held at The University of Edinburgh on May 6 & 7. The workshop brought together doctoral candidates, early career researchers, and internationally renowned historians who work in the broad (and growing) fields of international and transnational history.

It was the call for papers that made me want to participate and write a paper for the workshop. In the CFP, one of the suggested topics for potential speakers was to write about how the study of international or transnational history can relate to modern politics and law. I was already interested in looking into the funding and uses of recent slavery research for one or more future blog posts, so this was an ideal reason to get started on the research and a great opportunity to get feedback on a draft copy of the work.

I spoke about contemporary research into slavery history being conducted at British universities and how their findings have the potential to be used to support calls for reparations. I examined the origins of these research projects’ funding and the irony of how government funding could be being used to find information that challenges the David Cameron and his government’s position on reparations. My paper was well received and I got some good feedback.

I was the second to speak on a panel of three speakers and the only presenter on slavery history (and the only female presenter) on the day. In the Q&A session I got asked a great question that I hadn’t yet thought to address in my study:

Why did I think that the Caricom Committee was asking for reparations now?

Caricom, which stands for Caribbean Community, has 15 member states and 5 associate states from the Caribbean region. In March 2014, the Caricom Reparations Committee released a Ten Point Plan for Reparatory Justice as a means of achieving their goals, ‘to prepare the case for reparatory justice for the Region’s indigenous and African descendant communities who are victims of Crimes against Humanity (CAH) in the forms of genocide, slavery, slave trading and racial apartheid’.

My thoughts are that the wave of commemorations in 2007 addressing the 200th anniversary of the abolition of the slave trade in the British Empire didn’t start the calls for reparations by any means, but they did bring a lot of publicity and greater awareness of Britain’s past slaveholding and trading activities. Many new academic studies were published, memorials were held, and even commemorative coins were minted (which I plan to write more on at a later date). The public commemorations highlighted the role of British abolitionists, frequently leaving black agency out of the narrative and strategically overlooking Britain’s prior role as a leader in the transatlantic slave trade.

In this short time, in my view, increased public interest and an increase in relevant digitised resources plus funding bodies interested in providing money into slavery-related research has led to a greater understanding of Britain’s role in slavery and not just abolition, and this could then be used to support the case for reparations.